I was planning to release my new album and go on tour this year. But it has taken me a bit longer then planned to finish the new album. Why... because when you have a baby, life tends to get in the way. So  new album is now being released in feb/mars worldwide, and a tour is being organised around the same time.
But I am playing one gig in London next month and it would be lovely to see you there if you are in the neighbourhood. 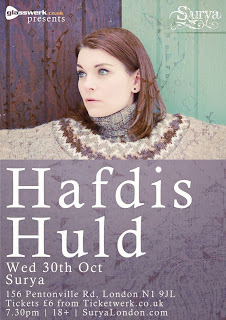 My friend and brilliant songwriter Boo Hewerdine came over to Iceland last week to write some songs with me here in the Pink house. Now it is going to be even harder choosing the final songs for the new album. The weather did me a favour and was bad until the last day so no time was spent sightseeing and more time was spent songwriting. I told Boo to come back in proper winter to see some northern lights or in the middle of summer to see endless daylight. Autumn here is a bit pointless with lots of rain, and english people see enough of rain at home.
Posted by Júlí at 08:41 No comments:

My neighbour came over the other day and announced that we have had 7 days of sunshine all summer. Apparently he has been counting. The next day he flew to Greece and now post sunburnt pictures of himself from the beach.
I can´t go on a mission to find the sun right now so I did the next best thing, I wrote a song on ukulele about how much I love the rain ( I thought I could make myself believe it : ) No, still would like some sunshine, but the song is good so I think I will add it to the album. Maybe I will post a video of me playing it in muddy wellies whilst drenched in rain.
Posted by Júlí at 07:09 1 comment:

Where have I been ?

Yes I have been on maternity leave from my career for almost a year. A lot of clever business people  told me that it is not a brilliant idea to disappear from the music for that long, and they were probably right. But sometimes live just takes over and you don´t really have a choice.
While I was pregnant I had planned to start touring a few months after the baby was born and I had my mum on standby to come with us to babysit while I played my gigs. But then baby Arabella arrived early and pretty much cried constantly for the first 7 months of her life and often stayed awake for 20 hours straight.

Needless to say, that´s when my plans changed. In the past I thought being jet lagged and touring with my band was rock´n roll. Now I realize I had never actually felt truly tired until I had Arabella.

We have had many very stressful nights where we rushed Arabella to the emergency room because she cried so much for so long, we saw lots of pediatricians and specialists but still the baby cried. We tried alternative therapies, and as  I am breast feeding I changed my diet so many times just to make sure it wasn´t something I was eating that was upsetting her. Everyone we met had a good advise for us and thought they knew what was wrong. Thankfully all the checks and tests came back saying Arabella is a strong healthy girl, so all we could do was put her in the baby carrier and keep walking. I am glad we live in the country side because we have spent so many nights walking around with her outside, the bright Icelandic summer nights were a big bonus in that situation. I can´t quite imagine walking around in my pyjamas holding a new born in the middle of London at 3 am.

Now my daughter is 10 months old, she is very happy and healthy but still not a big fan of sleeping. I have managed to finish my new album thanks to a very supportive family that took it in turns to walk around with her whilst I recorded vocals, for everything else Arabella was with us in the studio.

I am going to play one little gig in London at the end of May and then I am doing some proper touring in the autumn. Until then I promise to share with you some live videos of my new songs and possibly invite you to an online gig in from the pink house.

Just wanted to give you all a quick update and I will post news about my music, baby, chickens and other important things here on the blog..... 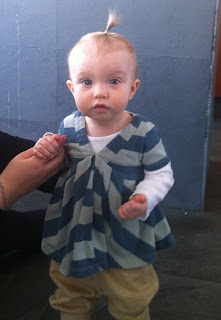 Hope to see you all later this year.

Hello everyone.
Since my last blog entry I have moved into a new house ( well it is actually a very old house, but it is new to me and it is pink. ), recorded an album of Icelandic lullabies, and I am expecting a baby next month. So lots of exciting things going on. The lullaby album was released in Iceland this week and the Icelandic title is Vögguvísur. My foreign friends will be able to order a copy from my website, it should be set up in the next few days. Until then here is a little video from the recording session for one of the songs. This is recorded in our home studio in the new-old house.
Posted by Júlí at 07:20 3 comments:

In England writing for the new album.

Hello everyone.
I have been in England now for a couple of weeks writing for my new album and I am excited about how the new songs are sounding. I also went to a screening of the new Borrowers film last night, it was nice to hear my version of Merry little christmas over the opening credits of the film. I was hoping to meet Stephen Fry but he wasn´t there. ( I was going to ask him to take me with him next time he goes to have tea with the queen, he seems like someone who would get invited.)
Doing some writing tomorrow for pop stars I don´t know, I also did that in Norway the other week. It is fun to sometimes write for other singer.
Hope you have started to feel a bit christmasy like I have.
xxxxxx
Hafdis
Posted by Júlí at 09:04 1 comment:

Hello everyone.
Due to things beyond my control I have had to postpone my trip to England until November. So my two London gigs this week have had to be canceled.
Loking forward to playing you some new songs next time I come over.
xxxxxx
Hafdis
Posted by Júlí at 04:32 No comments:

Sometimes I remember to write a blog here, but most of the time I prefer to bake a cake or walk up a mountain.